So, we all know chokers have been around for the longest time, but did you know it didn't start off as a fashion trend?

Prevalent in various cultures around the world like the Europeans, Egyptians, Native American and Chinese, the choker necklace dates back hundreds of years.

Many chokers were worn for different occasions but the trendy style in which it has been worn – close fitting against the neck remains the same.

1) Woman who might have started it all: Anne Boleyn

Anne Boleyn, one of the most fashionable women of her period, and in a conservative English society. She was always seen wearing a lovely choker necklace, which can also be seen in her paintings, and this famous necklace was created with pearls, and a letter B pendant, one that she also wore around her neck. 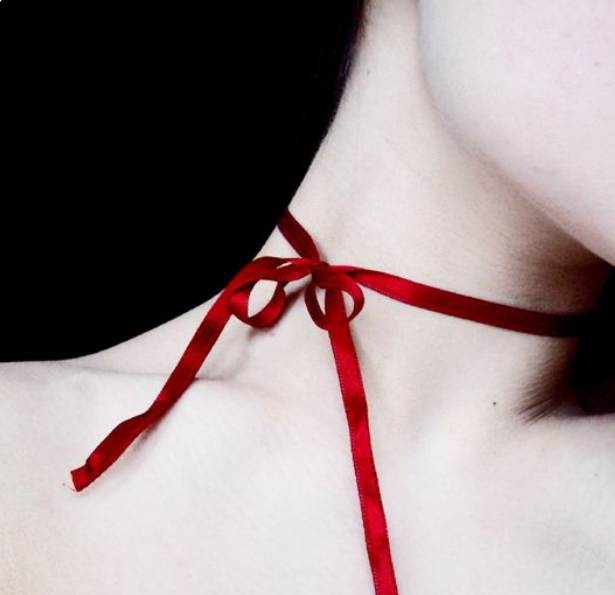 The French Revolution was an intense time during history, and female French expatriates wore red ribbons around their necks as a way of paying tribute to those who had lost their lives to the guillotine.

Young women in England on the other hand wore red ribbon chokers as a mockery sign because the Brits hated the French.

Rather than just being stylish, chokers were believed to have special and protective powers that helped keep bad energy away and offered protection. Egyptians put jewellery on the parts of their bodies they felt needed the most protection — such as the neck, wrists, and head.

Often made with gold (which symbolized the skin of the sun god Ra) or lapis, the used emblems offered different protections.

4) Links to Prostitutes and the Royals

In the 1860s,  chokers were regarded as symbols of prostitution in some parts of Europe where a painting showed a prostitute wearing a ribbon around her neck. Despite of this connotation, chokers were made a great fashion deal by queens in the Victorian Era.

Royals were also seen flaunting pearl chokers along with layers of other necklaces and pendants. And as seen in the paintings by Edgar Degas during the 1870s and 1880s, ballerinas wore chokers as part of their dancing costumes.

In the 1940s, chokers made another comeback in the form of “dog collars” that looked like thick banded necklaces. At this time, they were beginning to be made from various materials as well as lace, ribbon, velvet, pearls and diamonds.

The chokers are coming back to style and with even broader range of designs! Shop some at TheCloset101 now.